Ander Muñoz was a main character in the Netflix series Elite. He is a student attending the upper class private school Las Encinas. However, unlike many of the students who attend the school he is not extremely wealthy but he is accepted there as his mother is the principal of the school. He is shy, selfless, and does what he can to protect those he cares about. He is portrayed by Arón Piper.

Ander has been best friends with Guzmán and Polo since he was a child. The three of them all attend Las Encinas together where they continue to be close.

Unlike many of the other students who attend the school, Ander is surprisingly not rich but because his mother is the principal, he attends the school. Prior to the first season, Ander is known as a talented and successful athlete. He is a champion tennis player and is coached by his father. However, he conceals the fact that he hates the sport from everyone other than Guzmán.

Ander also conceals his sexuality from his friends and his family. He hates to seem vulnerable or weak and frequently hides his feelings. Despite this, he is very empathetic and understanding. He is well-liked among his classmates and is non-judgmental.

After Christian introduces Ander to his drug dealer, Omar, he feels an instant connection, but both deny their feelings due to fear of persecution or discrimination. They anonymously message on an app, not knowing who the other is, and as soon as Omar recognizes it is Ander, he leaves. Ander eventually meets up with him again and they kiss, but Ander freaks out and leaves. Ander then gets in trouble with his father, who finds his stash of weed (Guzmán tells him).

Omar and Ander become intimate on several occasions, but at Samuel's party, Ander becomes hostile under the influence of drugs which causes Omar to avoid him, but the two eventually reconcile. Guzmán becomes concerned upon learning that Omar is a drug dealer, but he and Samuel see Ander and Omar making out and knows the truth of them. However, when Omar's sister Nadia finds out, she fears that his parents will find out, and breaks things off with Ander, although Nadia proves to be supportive and encourages Omar to go and see Ander.

Ander's mother Azucena sees Ander and Omar kissing, and supports Ander, even when having the knowledge of Omar's illegal activities. Later when Guzmán goes to confront Nano - who has impregnated Marina - Ander and Polo go with him. In the ensuing chaos, Ander is severely bashed by Nano's friends, causing Omar to help and declare "I love you". At the end of year celebration, Ander and Omar make the most of their time together, since Omar's father has grounded him.

Throughout Season 2, Ander struggles with his relationship with Omar. Initially Ander comes by Omar's family store to go secretly see Omar for ten minutes at a time. He expresses to Omar that he wants to be with him freely, and begs for him to come to a club with his friends so they can kiss on the dance floor. While at the club, Ander finds out that Omar's dad had a stroke. He rushes to the hospital to see Omar and his family.

After Omar leaves his family's home after feeling suffocated by his dad and family, Ander and his mom take him in. Ander is initially happy that Omar is with him and free, but as Omar begins to change, Ander pushes him away, missing the "old Omar".

Polo confesses to Ander what really happened to Marina, and who killed her. Throughout the season, Ander struggles with the extreme guilt of knowing what happened. He never tells Guzmán, protecting Polo's secret. This eats at him, and he pushes everyone around him away as he declines into depression and and uses partying and alcohol as an escape. Eventually he opens up to Omar.

Ander is diagnosed with cancer. He initially hides the diagnosis from his family and friends, but he later confides in Rebeka after she sees him crying after an interview with a university recruiter.

In Season 4, Ander is caught in a love triangle. He is dating Omar, who has been by his side through his cancer treatment, and Ander wants to be loyal to Omar. However, when the new kid comes to school, Patrick, Ander is interested and attracted to Patrick. He asks Omar if he'd be open to a three way with Patrick and he agrees.

Eventually, Patrick creates drama between Ander and Omar as both guys have separate hook ups with Patrick. This leads to trouble and Omar and Ander temporarily break up while they figure out their relationship. Eventually, they get back together.

He is mentioned by Omar to Samuel when discussing their friends' availability in assisting with the money Samuel owes to pay for the rent of his apartment. Aside from Carla, Rebeka and Ari, Omar adds that he and Guzmán are unable to do so due to their previous departure and Cayetana because she is poor.

In seasons 1 and 2, Ander has short, curly brown hair. In season 3, he sports a buzzcut, but goes back to his original haircut in fourth season. He wears a silver hoop earring on his left ear. He has brown eyes and a chiseled face with a defined jawline. He is fairly pale, with a birthmark on each side of his face. Due to his athleticism, he is muscular, but still skinny. He also has small tattoos on his body. There are several scenes throughout the seasons where he wears Lacoste. With every season, he dresses more and more fashionably.

Ander is one of the most down-to-earth characters on the show. He's not interested in gossip or drama, like his classmates are. He is burdened by his parents' wish for him to become a tennis champion, and at the beginning of the show he experiments with drugs, perhaps as a form of escapism from his parents' expectations.

Guzmán and Polo have been Ander's best friends for years. They are all students at Las Encinas. They know each other well, and have each other's backs, but they sometimes still hide things from each other and are selective in what they choose to talk about with one another. In Season 1, Ander was reluctant to reveal that he was gay and when confronted by Guzmán about his strange behaviour, he only revealed that he didn't like tennis. In Season 2, Ander did not reveal to Guzmán who killed Marina even after Polo told him the truth.

The two become friends when Ander in the first episode hides Christian's joint from a teacher and Christian in return helps Ander get a hold of some drugs. Ander even invites Christian to Marina's coming of age party, much to the annoyance of Guzmán.

Omar and Ander become intimate on several occasions, but at Samuel's party, Ander becomes hostile under the influence of drugs which causes Omar to avoid him, but the two eventually reconcile. Guzmán becomes concerned upon learning that Omar is a drug dealer. At Polo's mothers' party, Guzmán and Samuel oversee Ander and Omar making out. When Omar's sister Nadia finds out, she fears that his parents will find out, so Omar breaks things off with Ander. After witnessing how their father attempts to set Omar up with another girl, Nadia begins to empathize with him and encourages Omar to go and see Ander.

After Omar leaves his family's home after feeling suffocated by his dad and family, Ander and his mom take him in. Ander is initially happy that Omar is with him and free, but as Omar begins to change, Ander pushes him away, missing the "old Omar".

In Season 3, on the day of college interviews, Rebeka saw Ander leaning against a wall, sobbing. Ander revealed the truth to Rebeka, and she accompanied him to the hospital. When waiting for Ander's results, Rebeka encouraged him to 'stop being so serious all the time', to which he pleasantly loosened up. Ander encouraged Rebeka to tell him a secret, and she confided that she is sometimes attracted to girls, Carla in particular. Ander laughed and told Rebeka that even him and Omar are sometimes turned on by Carla. Rebeka also revealed that she found Samuel attractive. After Ander's diagnosis is confirmed, Rebeka urged him to tell his friends and family about it. They remained friendly throughout the season. 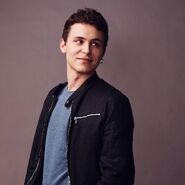 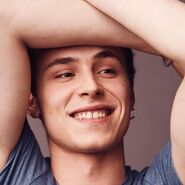 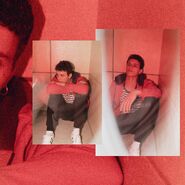 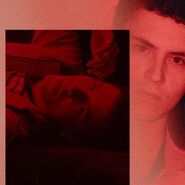