Cayetana "Caye" Grajera Pando is a character on the Netflix series Elite. She is portrayed by Georgina Amorós.

Cayetana is a transfer student at Las Encinas. She comes from a poor background. Her mother is a maid and Cayetana often helps her mother do cleaning jobs around town. Her mother started to work at Las Encinas as a janitor, which enabled Cayetana to get a scholarship to attend the school. She lives with her mother and her unnamed grandfather in a small apartment.

Cayetana is ashamed of her past and wants a fresh start, so she poses as a rich student to try and blend in with the other students. She befriends Lu and has a crush on Polo.

Throughout Season 2, Cayetana works to hide her poor background. She steals fancy clothing from cleaning clients to try and pose as someone who can afford designer clothing. She forces her mother to keep her secret, even though her mom works at the school and wants to call Cayetana her daughter in public. Cayetana is very concerned with appearances.

At the beginning of Season 2, she transfers to the school and is pinned as a "social media guru". She posts tons of selfies on her Instagram. Lu is dubious of Cayetana, so she pretends to befriend her to find out more. Cayetana invites Lu, Valerio, and Guzmán to "her house" for a party. She claims that she lives alone and only with a maid on occasion. The reality is that Cayetana was hired to dogsit for the family that lives in the mansion.

Lu eventually accepts her and they become friends. Cayetana gets invited to the elite parties and keeps up the charade of being a rich person. Some see through her, like Rebeka, who finds out that she is really a poor maid.

Cayetana pursues Polo in Season 2. She asks him out and they go on a date, where she talks about all the fabulous vacations she's been on (when in reality everything she says is a lie). Polo is initially turned off by what he sees as just another spoiled rich girl. However, Cayetana eventually confides in Polo and reveals that she is actually from a poor family. Polo becomes attracted to Cayetana and offers words of encouragement; the two begin a relationship.

Cayetana is one of the only students to stick by Polo's side after his release from custody; she continues to hide the trophy therefore ensuring Polo remains free. She plans to go to London with Polo to study, and the two eventually begin a three-way relationship with Valerio, although it is clear that this is due to Polo's attraction to Valerio.

Cayetana's world comes crashing down when Polo breaks things off with her, citing that she didn't love him, only the life he could've given her with his wealth. She is heartbroken, but continues her relationship with Valerio nevertheless.

Following Polo's death, Cayetana seems to be the only student — alongside Guzmán — that is truly saddened by the death. Nevertheless, she helps cover up the death as a suicide, citing that she always loved Polo. Despite Polo's mothers offering to pay for Cayetana's education — as Polo's last wish — Cayetana declines, remarking that she needs to come to terms with her economic and social class. She says she will study at a free public university; despite this, she is later seen cleaning the floors of Las Encinas as the new janitor.[5]

Cayetana is working as a janitor while going to university. She is still friends with the old crew of people and hangs out with them outside of school. Once she realizes that Prince Phillipe is going to go to Las Encinas, she can't contain her excitement. She approaches him and tells him she loves his fashion taste and interest in designers and that she shares the same interests.

They start to date, despite the judgment and interference of others, like Ari. Phillipe still seems to like Cayetana and they hook up. However, he video recorded their hook ups and Cayetana found the video files on his computer. She was horrified but he explained it was to prove that the hook up was consensual. Eventually, he convinces her to forgive him and they continue to date.

However, during their next date, he tries to has sex with her: she refuses, but he stops only after she repeatedly said "no". The day after, he tries to apologize, justifying himself by declaring that he misinterpreted her "signals", but she dismisses his claims, because she had to said "no" way too many times before he actually listened to her. Some time later, Philippe's mom arrives at Las Encinas and reassures Cayetana that Philippe really do loves her and that his actions were caused only by him being a young man, a young man who chose Cayetana and who the latter could learn to handle. At first, Cayetana seems to accept this, but at the New Year's Eve party she finally decides to listen to Ari and leaves Philippe for good, declaring to his mom that his behaviour is not caused by natural urges, but from lack of education.

Some time later, she, Omar, Rebeka and Samuel, bid farewell to Ander and Guzmán as they set off for their journey.

Cayetana is an attractive young woman of small stature with long, straight blonde hair similar to that of Carla's; she has lighter highlights towards the ends of her hair. Cayetana is often seen masquerading in expensive dresses that she steals from her cleaning clients, and is sometimes seen sporting expensive jewellery. In the 4th season, when she works as a janitor, she still expresses her amazing style under her uniform. She often wears clothing of her own design.

Cayetana has a complex personality, and had no issue pretending to be something she is not — an affluent elite. She has no issues borrowing, and sometimes stealing from her clients in order to impress her friends.

Cayetana had a close, romantic relationship with Polo, and was one of the only people — except his mothers — to stick by him after the revelation that he caused Marina's death. Nevertheless, the relationship seemed one-sided, as Polo obviously used her to make Carla jealous in Season 2 since she had a resemblance to her, while Cayetana used him in Season 3 to grow closer, and start a relationship with Valerio.

Cayetana, however, truly loved Polo and in fears of him moving to England to complete the school year, she alerted them to the negative press surrounding Polo and he was declined entry. Polo later broke off the relationship with her when he found this out, citing that she never loved him, only the life he could give her with his wealth. 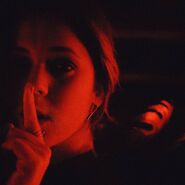 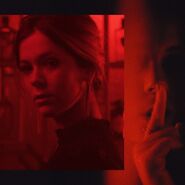 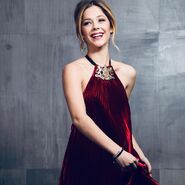 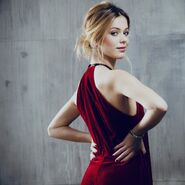 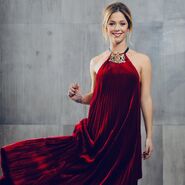 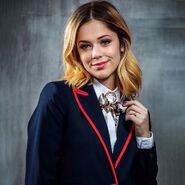