On May 19, 2020, Netflix announced that Danna Paola, Ester Expósito, Jorge López, Álvaro Rico and Mina El Hammani would not return for any further seasons after season three. On May 22, 2020, the cast revealed via Twitter that they had received their scripts. the series is coming for a fourth season. It will be released worldwide on June 18 2021.

On February 25, 2021, Netflix officially announced that the series has been renewed for a fifth season. The renewal came before Season 4 has even premiered on Netflix.[1][2] It will be released on April 8, 2022.[3]

On May 13, 2021, Netflix announced a weeklong, #EliteWeek, special of short episodes under the title Elite: Short Stories. It premiered from June 14 with one episode per day, until Thursday 17.[4][5] On July 16, 2021, Miguel Bernardeau announced via the Elite social media accounts that he is leaving the series after four seasons.[6] On July 19, 2021, it was announced that Arón Piper is leaving the series.[7]

When three working class students are awarded scholarships to attend an elite secondary school they are greeted with hostility and suspicion by their more privileged classmates. The conflict that arises as a result of their enrollment in the school leads to a murder which changes all of their lives forever. 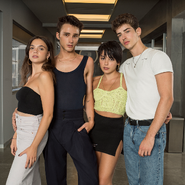 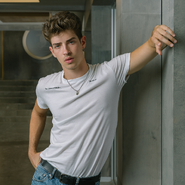 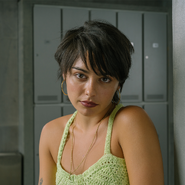 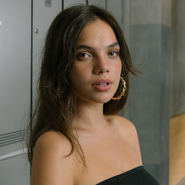 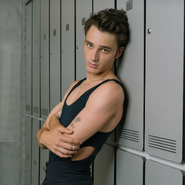 The Cast of Elite Plays Never Have I Ever Netflix