Fernando García Domínguez, nicknamed Nano, was a main character on the Netflix series Elite. He is Samuel's older brother who gets out of prison shortly after Samuel gets a scholarship to Las Encinas. He is portrayed by Jaime Lorente.

Nano is Samuel's older brother. Before moving to Morocco, he lived in Spain with Samuel and their mother. Pilar. Sometime before Season 1, he was imprisoned for committing an unknown crime, presumably burglary.

While imprisoned, Nano "befriended" people who protect him while he was in prison, promising them €40,000 in return.

After getting out of prison, Nano is confronted about his promises of money, and tries to get Samuel to steal from Marina's wealthy family. When Samuel fails, Nano decides to steal the money himself, seducing and sleeping with Marina in order to get into their mansion. However, when he gets to the vault, Nano finds the money and evidence incriminating Marina's father is gone. Nano later learns that Marina is HIV-positive and confronts her, but she assures him that her medication prevents her from infecting others. Nano tells Marina to stop toying with Samuel, who clearly has feelings for her. After failing to pay back the thugs, they inflict a knife wound on Nano as a final warning. Injured, Nano staggers home to find Marina there while Samuel is in the bathroom. They keep Nano's problems a secret from Samuel, and Marina promises to get the money for him, eventually directing him to a collection of expensive watches belonging to Carla's father. After stealing them, Nano and Marina plan to leave town together, and it is revealed that Marina is pregnant. However, at the end of year celebration Marina is murdered. During the interrogation, Nano accuses Samuel of the crime but learns that Marina was planning to send him a message stating that she no longer wants to leave with him. Eventually, the authorities charge Nano with Marina's murder and arrest him.

Nano is stuck in prison, after being accused of murdering Marina. No one is trying to help him, with the exception of Samuel and their mother, who are both desperately trying to make enough money to pay his bail. We find out that if his bail doesn't get paid, he will sit in jail for two years until his official trial. Nano continues to proclaim his innocence in Marina's murder. He starts to lose hope about proving his innocence as he sits in jail.

After Samuel gets an envelope with enough money to pay the bail (from an unknown sender), Nano gets out of jail. He gets restless and gets into several altercations with Carla and Guzmán. He even threatens to run away so that he can't be thrown in jail for a crime he didn't do. Nano also tries to protect Samuel after he gets out of prison, recognizing that Samuel has gotten himself into some illegal activity (with Rebeka's mother).

In the middle of Season 2, we found out that Nano went missing around the same time that Samuel did.

Nano is medium built and has dark hair.

He is caring and sensitive to the people close to him. He often finds himself in trouble.

Marina became involved with Nano quickly after meeting him at Samuel's party. Despite Nano originally growing close with Marina in an attempt to steal money from her, the two formed a close and affectionate relationship — this was amplified when Nano learned that Marina was pregnant. The two planned to run away together, and Marina considered blackmailing her own family in a bid to settle Nano's debts.

After she was killed by Polo, Nano was accused and arrested for Marina's murder. Everyone believed he killed Marina despite numerous pleas that this was not the case. He was eventually cleared of all charges when Polo was revealed to be the real killer after his death. 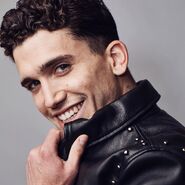 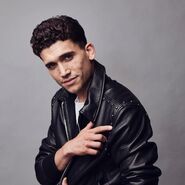 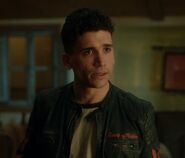 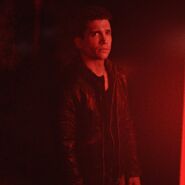