Your Side of the World and Mine

It was shot back-to-back with the fourth season. Filming commenced in February 2021 and wrapped up in June.[3]

On February 25, 2021, Netflix officially announced that the series has been renewed for a fifth season. The renewal came before the release of the fourth season on Netflix.[4][5]

This season marks the last season for Itzan, Georgina, Claudia, and Omar.

Season 5 follows the characters into their Spring Semester as they suffer the aftermath of Armando's death at the hands of Guzmán. Samuel and Rebeka are keeping the truth about what happened from everyone. That is, until his body surfaces and it sets off a chain events changes that rips their relationships apart and changes their lives forever. In a flash-forward, a student's body is discovered floating in a pool, with every plot leading to how they got there and finding out what actually happened. Also, two new students – Isadora and Iván – begin attending Las Encinas, but it's clear that they are there for something more than an education and soon form bonds with the Senior class of students, mainly Phillipe and Patrick, but some of these relationships prove to be more deadly than others.

On November 2, 2020, veteran actors Itzan Escamilla and Omar Ayuso revealed that they would not be returning for the series' fifth installment.[11] However, this was proven wrong when the two were recently spotted on set during the season's filming.

On Februrary 25, 2021, Valentina Zenere and André Lamoglia were introduced as new main characters for the season. On March 25, 2021, Adam Nourou's casting as another main character was revealed on the Elite instagram page. Miguel Bernardeau and Arón Piper will not be returning for the season, leaving Itzan and Omar as the only two remaining members of the original cast. On August 20, 2021, Isabel Garrido was added to the cast as a recurring character.

Filming for the season started in February 2021 and wrapped up in late June. 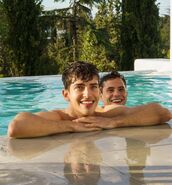 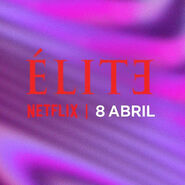 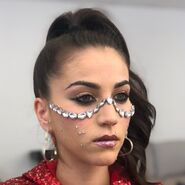 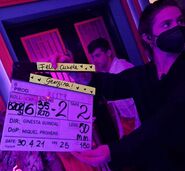 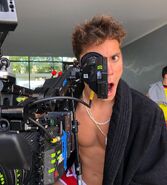 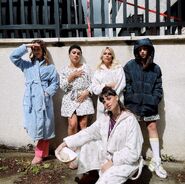 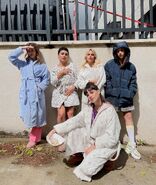 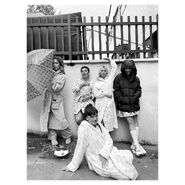